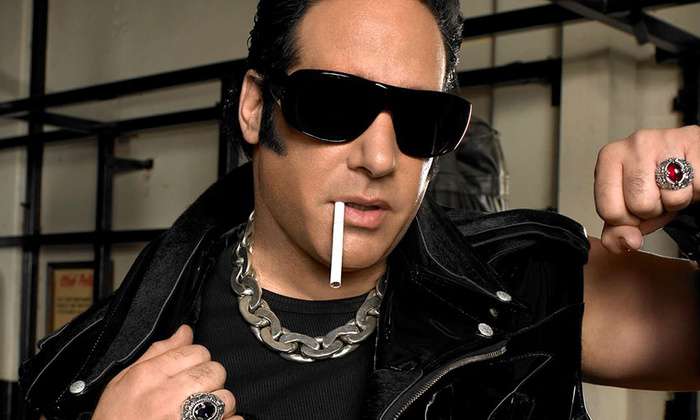 Infamous entertainer Andrew “Dice Man” Dice Clay makes his way to Clearwater for his Capitol Theatre debut! This must-see routine will showcase the leather-wearing, Brooklyn native reawakening the foul, juvenile humor that being “politically correct” makes us crave daily. Clay, who is well known for his naughty nursery rhymes, is sure to provide the same hilariously no-holds-barred wit that has established his more than 20-year career. And similar to what the cover of his debut album read, Warning: This will be pleasantly offensive.

Clay’s legendarily controversial acts have helped him gain reputable recognitions such as the first stand-up comedian to sell out Madison Square Garden two nights in a row, the first comic to sell out more than 300 sports arenas across the U.S. to more than 12 million people—and we cannot forget Dice Man was the first and only performer to be banned from the MTV network. The notorious comedian can be seen starring in films and television shows such as: Martin Scorsese’s HBO series Vinyl, star of new Showtime series DICE, Woody Allen’s Academy Award winning Blue Jasmine, The Adventures of Ford Fairlane, and HBO’s Entourage series.

Tickets are $85 and $59.50. Performance is at the Capitol Theatre, 405 Cleveland St, Downtown Clearwater.

Visit Clear Sky on Cleveland located across from the Capitol Theatre before or after the Concert for the Best food and drinks Downtown Cleveland Street Historic District.